I’ve mentioned this subject a couple of times on previous posts, but I feel it is necessary to talk about it again.

These laws were established to segregate whites from those they did not want to be around. Namely blacks and Mexicans. It was a social order until institutionalized segregation became legal when the Plessy v Ferguson verdict came back with the famous phrase “separate but equal.” Thus began approximately 100 years worth of following laws created to keep minorities and whites separated. While legal protection was there in some instances, Jim Crow laws were set in place so equal treatment would not truly be achieved.

Jim Crow was a code to reinforce inferiority in African-Americans. While these laws were heavily attributed to southern states (MS, AL, GA, SC, LA, etc), northern states were no strangers to this thought process either.

As a part of Black History Month, I’m going to take a look at five of the lesser known Jim Crow laws so you can get a feel of what it was like to live in this era. 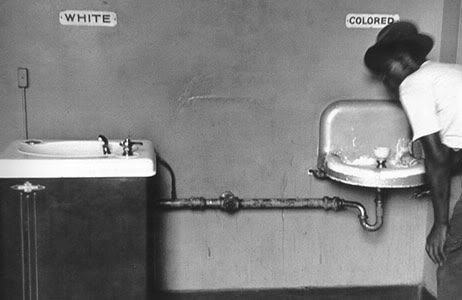 In the early 1960’s, my grandfather pulled up to a service station to get gas. The service station attendant, a white man, came out to service the vehicle. My Aunt Jo was 10 or 11 years old at the time. Being it was a hot Mississippi day, she went to the water fountain and began to drink.

“HEY!! YOU CAN’T DRINK FROM THERE!!,” the service station attendant yelled. Startled, my aunt jumped back from the fountain and said, “Daddy? What’s wrong with the water?” “Nothing. Go ahead and get back in the car,” he replied. Subsequently, he told the gas station attendant to cease servicing the vehicle, and they left.

How could my grandfather tell his daughter she was scolded because she was a black girl drinking out of the white water fountain? 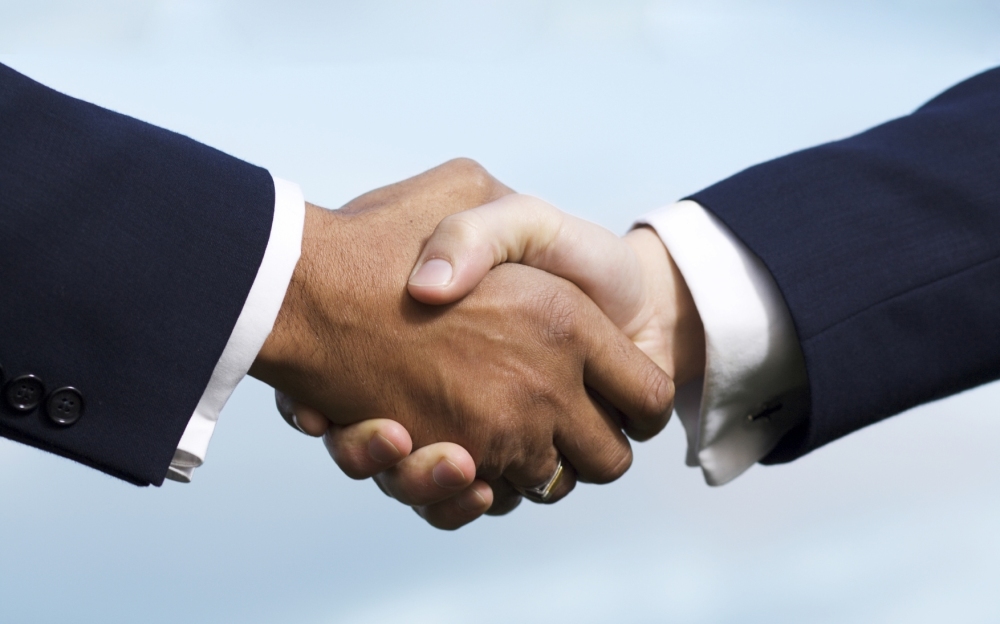 See the above picture? Can you imagine being killed for shaking hands?

Envision not being able to offer your hand as a gesture of brotherhood because your life depends on it. In the Jim Crow era, a black man was not to shake a white man’s hand. This rule applied even more so towards white women as accusations of rape could surface from a simple handshake.

How many of us hop into our stylists chair without a second thought to their skin color? Well, in the Jim Crow era a black man was not to do a white woman’s hair. I’d say this extended to men, too. So, Elvis is breaking some serious norms right here.

It goes without saying interracial dating was frowned upon in the era of Jim Crow. However, in the state of Nebraska, one’s marriage would be null and void when a white person was married to a partner with one-eighth or more African-American, Japanese, or Chinese blood.

They wouldn’t be able to handle things today.

The presence of Jim Crow laws in the justice system is extremely significant. Especially when reviewing the high profile cases of today. People who truly believe the justice system is perfect in regards to racial equality should review their history. It’s apparent the current evidence has not convinced them enough.

Jim Crow laws and code were backed by violent dealings. The reality of danger was ever present for blacks that violated the social norm. House fires/bombings, harassing phone calls, gun shots/being held at gun point, and lynchings were all methods used to instill fear in blacks. Should a white person be tried in court for crimes against a black person, they would more than likely be acquitted as the lawyers, judges, and jury were all white. Thus, any legal recourse for African-Americans was minimal at best.

There you have it. What do you guys think about living in a world where you couldn’t do these things?

It wasn’t that long ago, and you can see the affects of the mindset today.