I ask this because too often we dismiss people’s experiences. Whether we think they are lying or if we try to explain what we think actually happened. Too much talking. Not enough listening. We are living in the last days. The Bible says in these days lies would be believed before the truth. This explains people’s skepticism, but it leaves me baffled as to why one would believe boldfaced lies. I’m not one to worry if someone believes me or not. I have no reason to lie. I love the Lord too much. As much as people find me trustworthy, I ran into a situation that seemed to be stranger than fiction.

In my 34 years on Earth, I had never been called a nigger to my face. Given the nature of today’s political climate, I fully expected some nonsense to occur. For those who don’t understand what I mean by today’s political climate, just refer to Trump’s entire 2016 campaign and the atrocity of administration that has followed. Anyways, the 34 year streak came to an end. Over what you might ask?

A very long story short, I went to a fancy car wash. You know the ones that require you to get out of the car and you can watch it being washed from inside the store? Yeah. I love that place! One of the patrons in line left her vehicle, and the line moved forward.  The lady was no where to be found. One of the workers advised me to move around the car as we were blocking the entrance to the gas station. I obeyed. Unbeknownst to me, the husband was sitting on the passenger’s side of the unattended vehicle. When he saw that we pulled in front of them, he popped out the car and freaked out!

Originally, I was an Arab (pronounced Ay-rab by the offended patron). I popped my head out of the window and he changed his tune once he saw my chocolatey skin. This man was so angry that he literally shouted, “GO BACK WHERE YOU CAME FROM NIGGER! IF I HAD MY GUN I’D SHOOT YOU!”

A quick look at my facial expression…

Crazy, right? But really what are the implications of this situation?

I could very well be dead instead of writing this post. But by God’s grace and mercy am I here. The social climate regarding race is one of vitriol. We keep hearing stories of black men and women unjustly murdered, but people keep justifying it!  The very thing I write about that took the lives of Trayvon Martin, Botham Jean, Tamir Rice, Sandra Bland, etc… happened to me. What was my response?“I LOVE YOU, TOO!”Was I egging him on? Yes. Did I mean that I loved him? 100 percent. It takes minimal energy for me to love another person even when they hate me. It takes all of my energy to hate someone else even if they’ve done me wrong.I was fully anticipating an altercation with this gentleman inside the store. I had my wife with me, so I had to make sure that she was safe. It was a tense situation and my adrenaline was pumping. I wasn’t angry. I was anxious. You never know what people are going to do. Thankfully, he and his wife came inside and we didn’t speak a word to each other. The last thing I did was look at him and wink as we drove off. Why? I refuse to allow his actions to ruin a beautiful day.I managed to get a picture of the guys back/side of his face. Because I didn’t want to start another altercation, I didn’t put my camera in his face. That would have ensured a physical fight. You must understand that decision had nothing to do with fear and everything to do with wisdom. I gained absolutely nothing by knocking this guy out. Any police presence would have hauled me off to jail because the guy never physically assaulted me. I did, however, post about my incident on Facebook. 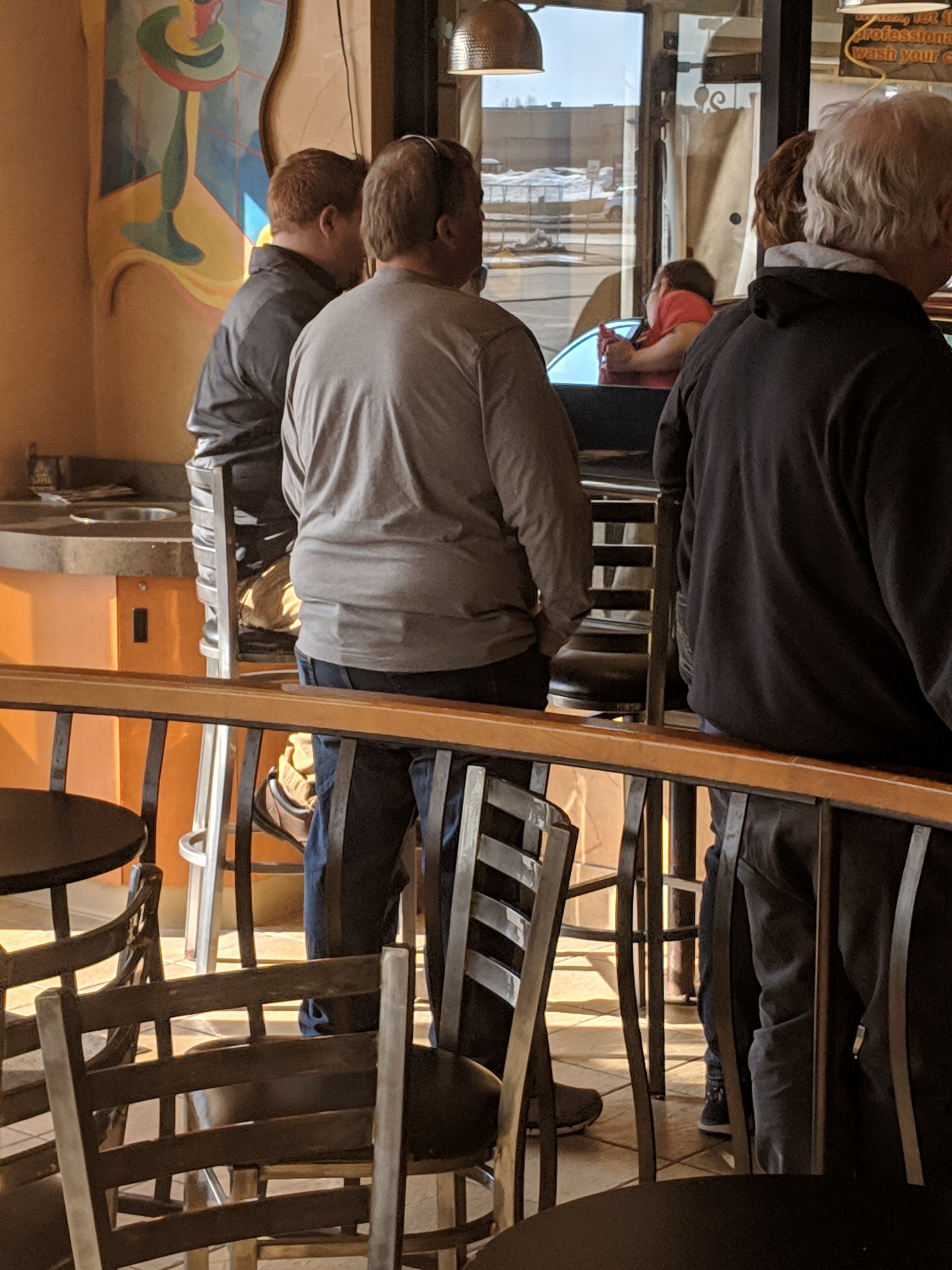 As of today my post has been shared 298 times with over 1,100 reactions  and 595 comments. The overwhelming majority of comments we’re in support of me and my wife. I can honestly say that I’m a bit shocked. North Dakota is definitely a bubble. Because of that, I have my own biases about living up here. However, I can’t deny the love that I felt from friends, acquaintances, and even random strangers. They believed my story. They trusted my word.

In the nature of the internet, the ignorant folks showed up as well. These folks don’t want to deal with racial issues. One person I know who argues with me about anything political was noticeably, laughably absent. No words of encouragement. Nothing. People who don’t want to believe this type of thing happens anymore. Folks who think I lied for Facebook likes (someone actually said this 😂). The comparisons to Jussie Smollett.Whatever.Y’all know me. I don’t mind discussing controversial issues. This time? I have no time for nonsense. I do not have to justify to anybody the experiences that happened in my life. And again, y’all know me. The responses I received kicked me straight into social psychology mode.I saw your responses ranging from white guilt (I’m ashamed to be white. Yes, people actually said this) to “I thought this only happened on television” to just plain embarrassment. It finally made me see where white people are coming from when people automatically assume that they are racist. I told my wife it’s the same feeling I get when I see a black face plastered across the news for some crime they allegedly committed. That strengthens the stereotype the other black people have to deal with on a daily basis. I understand now.This occurrence also solidified my belief that there are levels to racism. One person assumed that this is the only racist experience I’ve had in all of my time in North Dakota. Another person brought up the “blacks call each other niggers, so I don’t know why it’s a big deal” point (Yes, this was said). Inevitably, someone brought up black on black crime which truly makes me chuckle because that has absolutely nothing to do with what happened to us. Lastly, there were people who wondered what would happen to them being a white person if they are in a majority-black neighborhood.These people told on themselves.None of what they deemed to be a legitimate point actually pertained to the situation. They didn’t know how to cope. Instead of white guilt, they got defensive because they felt I was attacking all white people. Remember, there’s levels to racial prejudice. You don’t have to call me a nigger to be a racist. Racism isn’t always overt.On the flip side, I got messages from strangers offering support and apologizing for what happened. A news anchor contacted me to see if I wanted to share my story. One lady wrote me to see how to handle the situation she’d been going through. I guess when these situations happen and you respond the way God blessed me to, people see your character. Guess who else wrote me?The guy that called me a nigger.I figured he might see the post based on how many times did it been shared, but I was shocked at what he said. He apologized. he told me he was having a bad day and he wasn’t feeling well. Basically, his view of the situation just threw him over the edge. You wanted me to know he’s not a bad person and he even offered to sit down and eat with me. He wanted a chance to redeem his character.He absolutely deserves it.I can’t tell somebody that I love them, and then hold a grudge against them. I can’t continually hang past actions over people’s heads. I just can’t do it. That’s not what God would want me to do. He wants me to forgive and be loving. I messaged the guy back and let him know all is forgiven. One thing we need to understand is forgiveness is for us. It would make no sense for me to hold a grudge against this guy or generalize all white people based on his actions. Especially because I know how that feels. That is life for me. If I know better, then I have to do better.
The question is…. What does it take for you to believe? Sometimes, it shouldn’t take much at all.